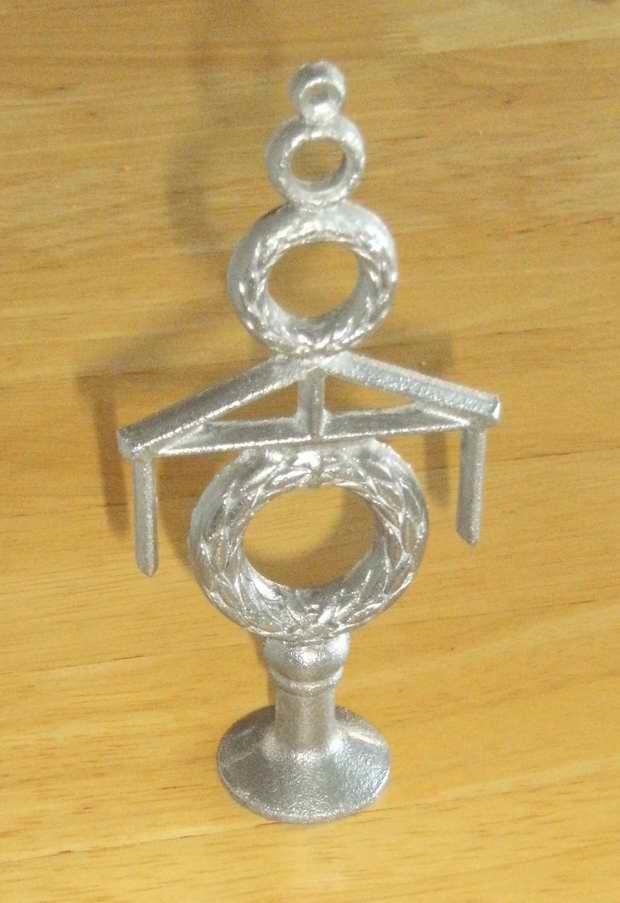 This is a facsimilie of the Roman Legion emblem that was used on the 1920''s cars. It was used on the SLO4, V2, V3 and V4 4 cylinder models - and the six cylinder models of the same era up until 1927. It is a faithful reproduction in size and quality and cast in aluminium alloy. It is tapped in the base for a 6mm bolt which is also supplied. Whilst the casting, as shown in the photograph, is not rough, some owners may prefer to buff the aluminium to produce a shiny rather than dull finish.

The photo shows the casting standing vertically on a table.